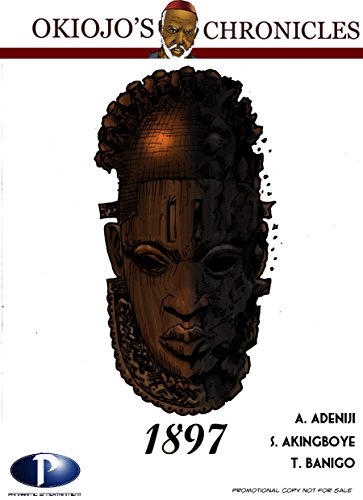 Okiojo’s Chronicles is a comic series featuring stories rich in Nigerian history and culture and told by a wise and all-knowing old man called Okiojo. 1897, one of the comics in this series tells the story of the ancient Benin Kingdom, a kingdom rich in culture, wealth and people that thrived for over six centuries. In the 19th century, this kingdom was strong enough to stay independent of the British rule until a fateful day in February 1897. In what became known as the Benin Massacre, a thoughtless British soldier heading a group of over 200 people entered the kingdom without authorization from the British and the Oba and all but 2 men were killed by Benin warriors. The Benin Massacre maddened the British and in retaliation, they sent over 1200 soldiers to the Kingdom, capturing and killing its men, women and children and looting its treasures (thousands of artworks and artefacts), thereby bringing an end to one of the oldest and most advanced civilizations in West Africa at the time.

DOWN: None or maybe one: I wish it were a book with a longer story, basically, more information.

Entry requirements: Entrants must be within the 8-12 age range. The first correct entry will be announced on this page and will win a copy of this book.

*This mask is currently on display at the British Museum